James Hoy was born in the County Louth, Ireland about 1794 and came to America in the first wave of Irish immigrants in the early 1830s during the Tithe War period. Available records and DNA matches make it likely that he was born in the small townland of Newragh which is in the parish of Darver and is about 8 miles southwest of the county town Dundalk. The map of Louth is shown and is about 25 miles from top to bottom. Dundalk is in the yellow part and Newragh in the tan. 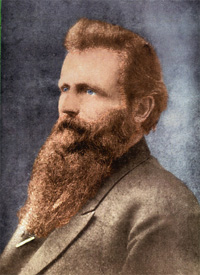 James Hoy was born about 1794 in County Louth, Ireland. He arrived in New York on April 20, 1830 on the ship Gardiner and lived in Newark, New Jersey. 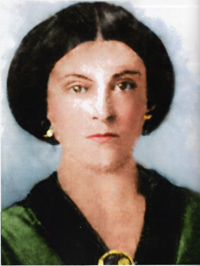 Margaret Phelan was born about 1810 in northern County Kilkenny, Ireland, near Castlecomer. 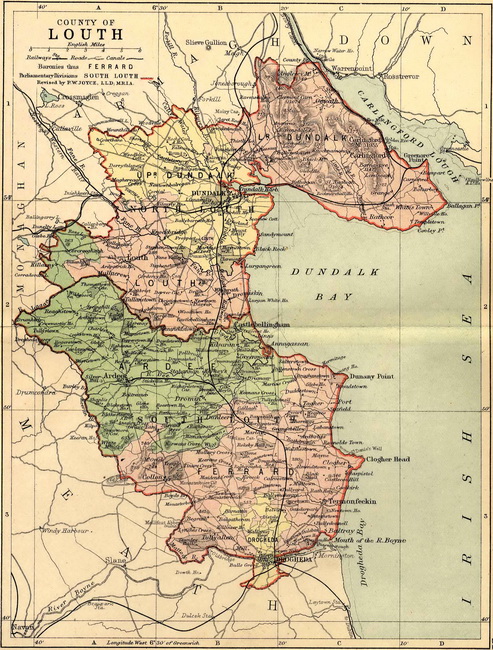 Sloinne Ó hEochaidh - The Family of Hoy of the Dál Fiatach

The Irish surname Hoy arose in the ancient kingdom of Ulster, which took its name from the Irish name Uladh, pronounced Ully or Ulla, but the meaning of which is lost. "This is indeed an actual, verified, historic, no-doubt-about-it royal dynasty." - from IrishTribes.com.

Seanchas was the study of Féineachas or Brehon Law, Stair or History, and Ginealas or Genealogy. It determined who you were and what you were in society. The modern term for Storyteller, Shanachy comes from this, but does not carry the same meaning.

Read about Seanchas and ancient Ireland

Ireland has the oldest written language in Europe after Greek and Latin, and we still have numerous poems, histories and Annals as well as the famous epics. All of these have information about the very old Sloinne Ó hEochaidh (Family of O'Hoey). The Annals are a set of historical comments kept yearly in various monasteries from soon after the time of Saint Patrick or about 500 AD. Most of this literature was destroyed by the English and we have incomplete versions of much of it, but there is still a very large body of work left which allows scholars to piece together the old histories.

The first thing that modern historians did after about 1970, was to recognize that the popular histories called 'The Book of Invasions' - Lebor Gabála Érenn, was a work of fiction, created by the two O'Neill dynasties to justify their domination of Ireland. The past 40 years of research and modern archeology has revealed a much different world to us, and the Sloinne Ó hEochaidh is prominent in it.

The Dál Fiatach were the principal tribe (Tuath in Irish) in ancient Ulster and were located in the eastern part of County Down. They provided the majority of kings of Ulster from at least the time of Christ. The name meant the 'Share of Fiatach' after a king called Fiatach Finn or Fiatach the Fair, who died about 50 AD. Scholars are not sure that Fiatach was a real person or an ancestor that was made up later by his descendants who were the main line of the kings of Ulster until 1200 AD.

In any case, the ancestry of the kings of Ulster is traced back from 1200 AD, through the time of Saint Patrick, and back to Fiatach. Fiatach's own line is traced back to the Gods, the last two of which are called 'Old' the son of 'Too Old' and would have lived around 350 BC which is a time of important archaeological discoveries in Ulster. Fiatach is listed as Fiatach Finn mac Dáire or the son of Dáire which may be the ancestor god of the Dál Fiatach because the name is shown on Ptolemy's map of Ireland in eastern County Down. This pedigree is generally believed to be reliable from the time of Saint Patrick, although there is much literature about earlier kings. The reason that the time of Saint Patrick is accepted is because he lived and died among the Dál Fiatach kings and is buried in their old capital of Downpatrick in eastern County Down.

The Ulaidh in general and the Dál Fiatach in particular arose in the last centuries BC when the La Téne culture was spreading in the northern part of Ireland. There are clear connections between the Ulaidh, La Téne, and M222 (M222 is described below).

The Irish were the first people in northern Europe to adopt surnames. Originally, only the families of the kings, poets, and abbots took surnames which began in the 10th and 11th centuries. Irish society was based upon three generations. You could not move up in society yourself. Only if your family kept the new status for three generations, could you grandchildren move up. So it was with surnames. You chose the name of your grandfather. This meant that Ua (which meant grandson) and then á was prefixed to your grandfather's name. In the 12th century another form became popular; it was 'mac moccu' which meant 'son of the son of'. This was shortened to Mac, but still meant grandson.

So, after the king of Uladh named Eochaidh (earlier Eochu and pronounced ockey or owey) died in 1004 fighting the O'Neill, his family, who were the main line of the Uladh kings, took his name as their family name or Sloinne in Irish, and became the Ó hEochaidh. This was written O'Hoy in the 17th century and Hoy later. It is written as Hoey in Ireland today because the Irish pronounce it as almost two syllables.

Eochaidh comes from the old Irish name for a horse Ecchu, which is cognate with the Latin equs for horse. Eochaidh means 'steed like' and was a popular names among the kings because Ireland was a horse society.

The various Irish Annals first mention the new surname in 1015 and the last mention is in 1208. In 1200, a combination of Normans, O'Neills, and under-kingdoms finally destroyed the Dál Fiatach and their royal line, the Sloinne Ó hEochaidh. After that, the family is lost to history and the O'Neills became kings of Ulster.

Here is a listing of all of the entries for the family from the Irish Annals. 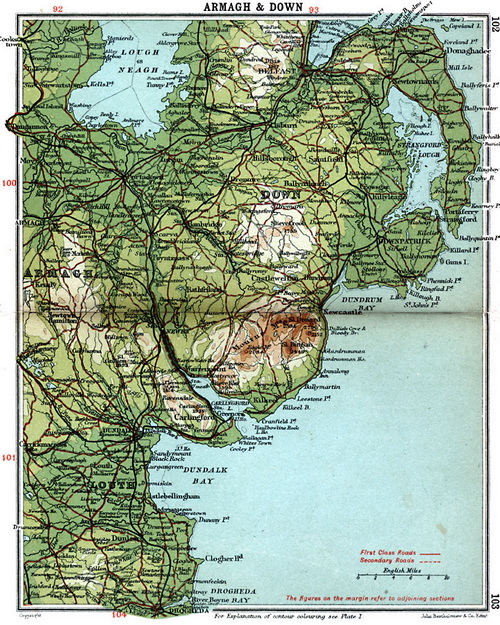