James Hoy and The Ship Gardiner 1830

The Gardiner was a fully rigged ship. A fully rigged ship or just a ship, was a three or four masted vessel with all square sails. They were larger than other sailing ships such as brigs, barks and schooners. They carried the most passengers and in the most comfort. The Gardiner was 946 tons which was much larger than the typical immigrant ship from Ireland which was about 300 tons. Her captain was Samuel Nickels.

The Gardiner arrived in New York from Liverpool on April 20, 1830. There was a passenger names James Hay or Hoy aboard. He listed his age as 25 and his occupation as none. The ship’s passenger list was filled out by Captain Nickels who routinely wrote his letter ‘o’ as an ‘a’ as seen below. This arrival date is close to the date that James Hoy of Easton indicated on his naturalization papers, so it is very likely to be him on this ship. The first passenger on the list had his country of origin as ‘G Britain’ and his destination as ‘U States’. Captain Nickels than drew a line down the list for all other passengers, so we have no information here.

James listed his age as 50 in 1850 and 45 in 1860 on the census records, so as with many records from that period, ages vary widely. His gravestone indicates that he was older than any of these.

Most of the 140 Gardiner passengers had English names but about a quarter had Irish names. These might have been better off Irish people sailing on a mostly English ship. Poorer Irish people would have taken the smaller ships. We know that James Hoy could read and write when only 24% of County Louth could do so and almost all of these were in the two large towns. James was from a farm.

Captain Nickels, who wrote the passenger list, made his letter ‘o’ look like an ‘a’. Especially in surnames. Jones was Janes, Lloyd was Llayd, and Hoy was Hay

The earliest American record that we have for James Hoy is Feb 9, 1834 at St. John's Church Newark, NJ when he was the god-father of Mary Anne, the daughter of of Thomas Garland and Catherine O'Brien. Two months later Thomas Garland was the Best Man at the marriage of James Hoy and Margaret Phelan on April 30, 1834. 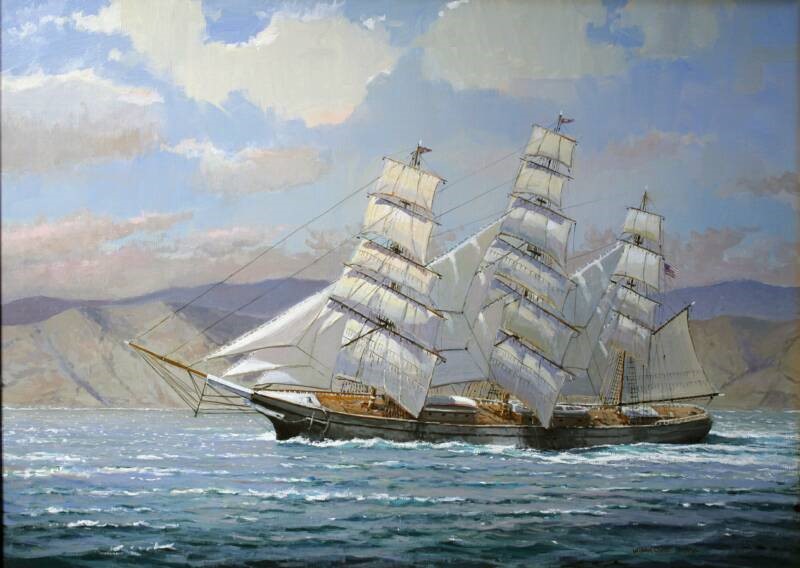